Crete was voted as the fourth best destination in the world in 2019, according to the reviews of millions of travelers from all over the world on TripAdvisor Travel Awards.

The winning destinations emerged from an algorithm based on hotel reviews and ratings, restaurants and travellers’ experiences from around the world over the past 12 months.

The methodology involved assessing the quality and volume of reviews in order to highlight destinations that systematically offered the best experience to tourists.

London, Paris, and Rome took the top three spots in the world based on the platform’s visitors.

In terms of best European rankings among other Greek destinations, Crete (4th) was followed by Santorini in the 11th place on the continent, with Rhodes coming in two spots behind in 13th spot.

Greece is known for many things including its many fascinating islands. Each island has its own unique character but of all the Greek islands none attracts more praise from tourists and travellers than the beautiful island of Crete.

Crete is the largest of Greece’s many islands, and it offers an incredible range of attractions that keep visitors coming back again and again. The natural beauty of the island attracts travellers from far and wide. With its rugged sea gorges, snow-capped mountains, fertile plains and excellent beaches, no visitor can fail to be impressed by the natural beauty of Crete.

The busy capital of Crete, Heraklion, has evolved into a developed and dynamic city with all the facilities and conveniences that you’d expect to find in any modern city. The old city of Chania, to the west, has been likened to a ‘Little Venice’, with its Venetian Harbour.

Both Heraklion and Chania, Crete’s second largest city, have international and domestic airports that make it easy to get to the island from Athens on the mainland and also from other European cities including London, where Ryanair and Easyjet operate direct summer services between the UK and Crete. 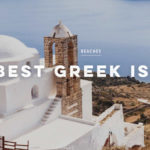